Currently, College of Science and its affiliated departments/graduate institutes have built partnership with more than 29 higher education institutions around the world. Some of which are internationally renowned, such as University of California, Berkeley in the United States, The University of British Columbia in Canada, as well as Kyushu University in Japan. The cooperative types range from MOUs to more active programs such as Student Exchange (SEA), Faculty Exchange (FEA), Dual Degrees Program (DDP)and other short-term programs. 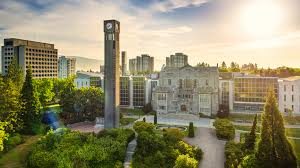 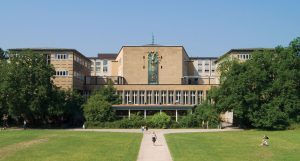 Faculty of Mathematics and Natural Sciences​

Faculty of Science/ Graduate School of Science and Technology

Yokohama City University (YCU) (横浜市立大学, Yokohama Shiritsu Daigaku) is a public university, in Yokohama, Japan. As of 2013, YCU has two faculties with a total of around 4,850 students, 111 of whom are foreign. YCU also has four campuses (Kanazawa-Hakkei, Fukuura, Maioka and Tsurumi) and two hospitals (YCU Hospital and YCU Medical Center). YCU is a member of the Port-City University League (PUL), and a core member of the Japanese University Network in the Bay Area (JUNBA). In 2017, YCU has been ranked #16th among “world’s best small universities” in 2016-2017 (Times Higher Education),ranked at 23rd among life sciences institutes in Japan (Nature Index 2016)

Yamaguchi University (山口大学, Yamaguchi daigaku) is a national university in Yamaguchi Prefecture, Japan. It has campuses at the cities of Yamaguchi and Ube.

Graduate School/School of Science and Technology

Kyushu University (九州大学, Kyūshū Daigaku), abbreviated to Kyudai (九大, Kyūdai), is a Japanese national university located in Fukuoka, in the island of Kyushu. It was the 4th Imperial Universities in Japan, ranked as 4th in 2020 Times Higher Education Japan University Rankings, and selected as a Top Type university of Top Global University Project by the Japanese government.

Beijing Normal University (BNU, simplified Chinese: 北京师范大学; traditional Chinese: 北京師範大學; pinyin: Běijīng Shīfàn Dàxué), colloquially known as 北师大 or Beishida, is a public research university located in Beijing, China, with a strong emphasis on basic disciplines of the humanities and sciences. It is one of the oldest and most prestigious universities in China, and was recognized by the Chinese Ministry of Education as a Class A Double First Class University. 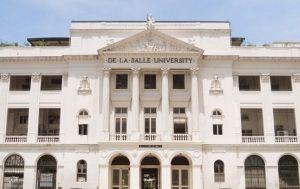 De La Salle University positions itself as a leader in molding human resources who serve the church and the nation. It is a Catholic coeducational institution founded in 1911 by the Brothers of the Christian Schools. The University is a hub for higher education training renowned for its academic excellence, prolific and relevant research, and involved community service. 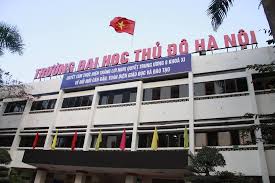 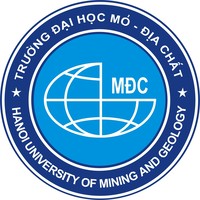 Hanoi University of Mining and Geology (HUMG, Vietnamese: Trường Đại học Mỏ – Địa chất Hà Nội) is a university in the Bắc Từ Liêm district of Hanoi, the capital of Vietnam. It trains technical experts in exploration and exploitation of natural resources; in protection of mining and the geological environment; and to be a center for research and technology transfer in geology, oil and gas, surveying, and mining. Higher education is also provided in theoretical sciences, information technology and economics and business administration.